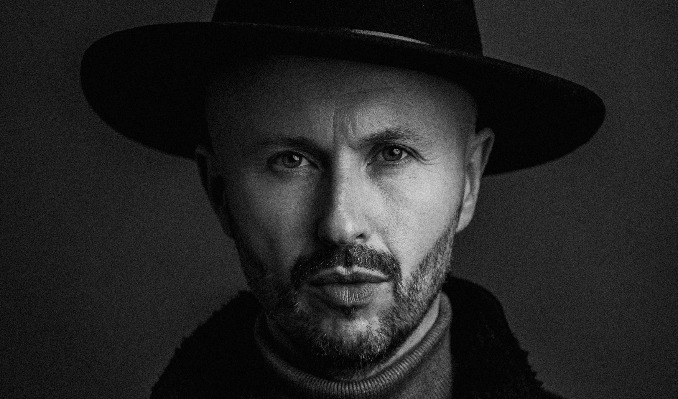 Wax Tailor announces a new international tour in 2023 with the release of a new album "Fishing For Accidents ». This tour, starting in North America, will sign the comeback of the electro hip hop french ambassador. Independent producer recognized internationally, Wax Tailor has become in 20 years of career one of the main defining figures of the electro hip hop scene worldwide. With 7 studios album and more than 800 concerts in 60 countries his has collaborated with many artists such as: Ghostface Killah (Wu Tang Clan), Del The Funky Homosapien (Gorillaz), Mark Lanegan, Mick Jenkins, Aloe Blacc, D-Smoke, Tricky, Sharon Jones, Lee Fields, Token, R.A The Rugged Man etc.

A multifaceted artist with three Victoires de la Musique nominations,France’s Grammy equivalent, Wax Tailor is one of the leading voices of the international post hip-hop and downtempo scenes. With 4 albums under his belt, as well as nearly 500 concerts in more than 50 countries, he entices fans worldwide with a unique musical blend of Hip-Hop, Soul and Funk enhanced by a sense of storytelling akin to a film director’s.

JC Le Saout, the man behind the Wax Tailor moniker, was a radio DJ in the 90’s who became involved in music production with the French Rap band La Formule. In the early 2000’s, Hip-Hop gave way to other interests and JC developed a musical project where the cinematic influence was beginning to show. In 2002, he launched the Wax Tailor concept with an EP, “Lost the Way”, that gained the attention of DJ’s and Journalists worldwide.

In 2005, his long awaited first album “Tales of the Forgotten Melodies” came out to critical acclaim and introduced a cinematic hip-hop that enswirled the listener in a world where Galt McDermott, Nina Simone or Public Enemy would share a dinner with the likes of Stanley Kubrick and Alfred Hitchcock. The album has never left the Electronic Album sales charts on iTunes since it’s release over 7 years ago, and is now considered a classic of the genre.

Over the course of his two next albums, Wax Tailor started diversifying his music, toying with a larger palet of influences, breaking the boundaries of musical genres, and collaborating with the likes of Soul Diva Sharon Jones, Spoken Word legend Ursula Rucker or the pop-folk phenomenom Charlie Winston. Wax Tailor had his first crossover hit single in 2007, when he paired withUKrappers A.S.M to create “Positively Inclined”, a throwback Hip-Hop anthem with an infectuous jazz groove that took over clubs as well as exercize classes and burlesque revues worldwide. The move towards a more organic sound, incorporating an increasingly wide array of styles and instruments culminated with 2009 launch of The Mayfly Orchestra, a series of sold out live concerts with the symphonic orchestra of the Rouen Opera.

In 2011 Wax Tailor started working on his most ambitious project yet: “Dusty Rainbow from the Dark”, a musical tale about the evocative power of music. Narrated by Don McCorkindale, who voiced the BBC’s serialized version of the classic TV show “The Avengers”, the album weaves together narrated episodes and songs, featuring the likes of Aloe Blacc, Shana Hannigan of Bitter:Sweet, Elzhi, and many more. This multicolored fable with an international cast takes us on a wandering path through psychedelic trip-hop and baroque hip-hop redefining once again the contours of Wax Tailor’s artistry. To create a unique live expericence around the album’s universe, Wax Tailor worked with a team of 20 directors to craft a multi-media experience that has sold out shows everywhere and will appear at over 50 music festivals over the summer.

YouTubeOfficial WebsiteTwitterFacebook
*Service and handling fees are added to the price of each ticket.
Buy Tickets