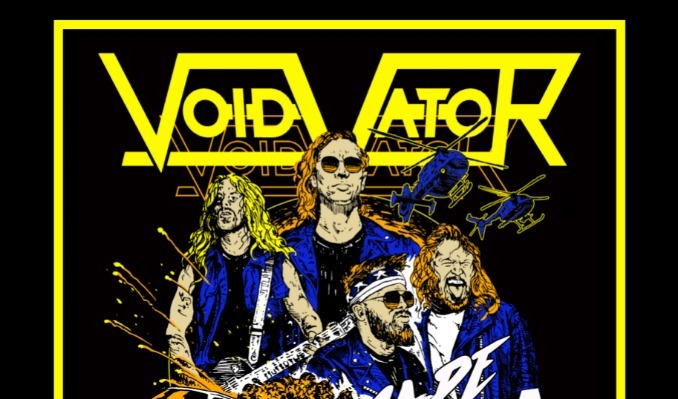 Void Vator is a heavy hard rock band out of Los Angeles, California. Lucas Kanopa (Vocals/Guitar) and German Moura (Drums) visited Los Angeles from their native country of Uruguay to attend the NAMM show in winter of 2013, and immediately fell in love with the rock culture of the city. Both German and Lucas began working on establishing legal citizenship and played various bands in Los Angeles, chasing the elusive rock and roll dream as so many have before. In winter of 2015, Lucas met with guitarist Erik Kluiber at Amp Rehearsal Studios in North Hollywood. Erik had recently parted ways with his previous band Gypsyhawk (Metal Blade Records) and was looking for a new project to put his efforts into. Lucas and Erik hit it off musically and found that their playing styles, creativity, and musical direction were compatible and complimented each other. The first early version of Void Vator was formed around this time with a different lineup that did not yet feature either Lucas's childhood friend German Moura on drums or Sam Harman on bass.

Read the rest of the story on their Facebook Page

Official WebsiteTwitterFacebookMore Info
*Service and handling fees are added to the price of each ticket.
Buy Tickets