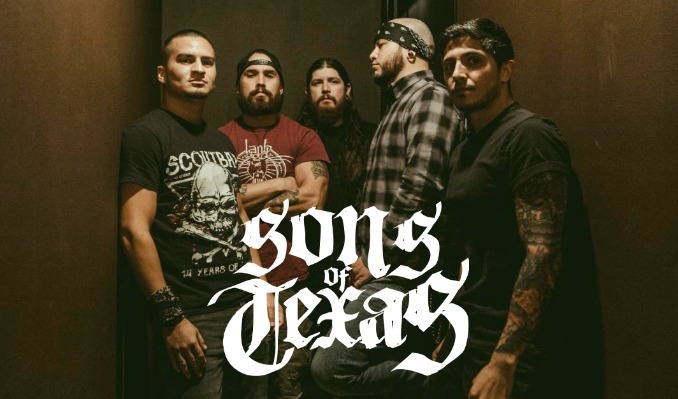 Sons of Texas is an American heavy metal band formed in 2013. They released their debut album Baptized In The Rio Grande in 2015.

Sons of Texas was formed in McAllen, Texas in 2013. Shortly thereafter, the band was signed to Razor & Tie and entered the studio with producer Josh Wilbur (Lamb of God, All That Remains, Hatebreed). The music video for the first official track from the band, "Baptized In The Rio Grande," premiered via Revolver's website on January 6, 2015.

The band released their debut album Baptized In The Rio Grande on March 3, 2015 in digital and physical format. The first single "Baptized in the Rio Grande" peaked at #29 on the Mainstream Rock Songs chart. Sons of Texas released their second album, Forged by Fortitude, on September 22, 2017.

Official WebsiteFacebook
*Service and handling fees are added to the price of each ticket.
Buy Tickets