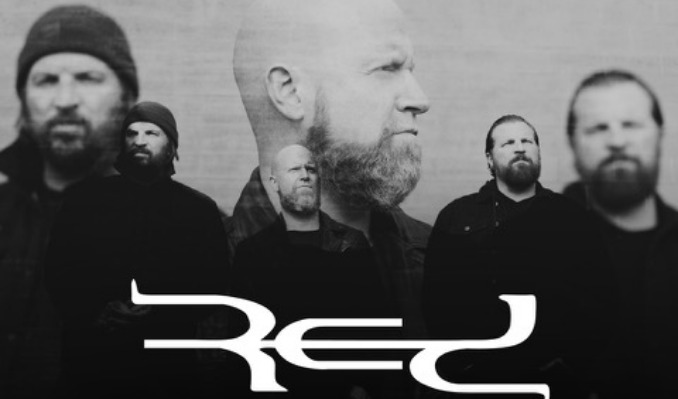 To be human is to wonder what happens when you’re gone and to question your existence in the meantime: Why am I here, and what will be left of me when I’m not? For the members of RED—Michael Barnes and identical twins Anthony and Randy Armstrong—the fearless search for those answers lives with them every day, on the road, in their records, and in their latest release, GONE.

“If we died tomorrow, what would be the legacy that we leave behind? What would people talk about us for? That's not just as a band but as individuals,” he says. “Everybody, at some point in their life, contemplates their mortality and wonders if people will miss them when they're gone or what they'll say about them when they're gone.”

Here’s what one reviewer said about that, after RED was gone from a Columbus, Ohio, stage: “Lyrically, their performance was smart, with their own brand of uplifting-yet-heavy edge, with a real focus on finding the beauty in everyday life, pain, and strife.”

That Rock Revolt review, of a RED set opening for Breaking Benjamin in May 2017, went on to say: “The dose of hope in the trenches that they delivered hit the spot.”

That’s the very same message in GONE’s 17 tracks (on the deluxe edition – 10 tracks on the standard), a richly textured and powerfully felt musical narrative from three musicians who grew up together in Pennsylvania. Friends for nearly 30 years, they’ve always asked those questions, and with GONE, they’re responding to those same questions from everyone else.

“We have had countless conversations with fans over the last 11 years touring, and people share their hearts with us,” Randy says. “They share their insecurities, their fears. Us having a faith and the background that we do, we carry those things with us no matter what kind of questions we ask ourselves because our music has that redemptive side. We find our way out of the darkness.”

While RED has long since established itself as a million-selling juggernaut with two Grammy nods, six Dove Awards, and 17 Dove nominations, the band says they still “live and die” on stages all over the world

That’s where RED’s latest effort comes from. Since their last release, 2015’s OF BEAUTY AND RAGE, the trio sought to write what can actually be considered a live album that happened to be recorded in a studio.

“We pay a lot more attention to what a song will do onstage,” Randy says. “Instead of
wasting time writing songs that we probably wouldn't play live on a stage, songs that wouldn't be fun enough or exciting enough for an audience, we're getting more tracks that we can play live than we have in the past, anticipating where we live, and that's on the road.”

The road goes on … so does RED … and so does the desire for relevance, for living life.

“Is this where the story ends?
Are we just beginning?
Live the lie and we’ll pretend
We’re fighting for something
If I lose the world I know
If the night, it comes for me
If tomorrow fades
And nothing matters

RED may not know where their music will take them or what opportunities await, but one thing is certain - the band’s collective and individual reminder of hope adds to a substantial legacy that will resonate long after they—after all of us—are gone, thanks to the universal relevance of their epic melodies and passionate message.

“We know where to go, and we're trying to point people in the direction where they're not relying so much on themselves and their friends,” Randy says. “It's more about realizing that we're all different but we're all the same.”

ABOUT RED: The band has sold more than 1.5 million albums collectively with OF BEAUTY AND RAGE, RELEASE THE PANIC, UNTIL WE HAVE FACES, INNOCENCE & INSTINCT, and END OF SILENCE. RED is Michael Barnes (vocals) and twin brothers Anthony Armstrong (guitar) and Randy Armstrong (bass).

TwitterMore InfoFacebookOfficial Website
*Service and handling fees are added to the price of each ticket.
Buy Tickets