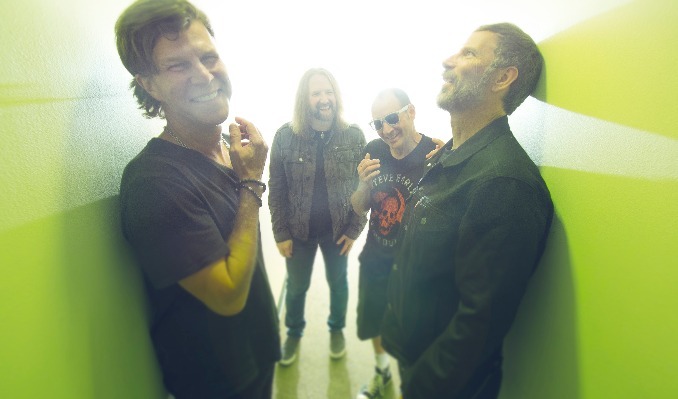 Aggressively entering the rock scene with unquenchable passion, pulsing energy and an electric sound, The Nixon’s presence in the music industry was unwavering. They were quickly recognized and made their mark on groves of dedicated fans for their legendary live performances. Comprised of Singer, Zac Maloy, Guitarist, Jesse Davis, bassist, Ricky Brooks and drummer, John Humphrey, The Nixon’s were discovered and eagerly signed with major label, MCA/Universal in 1995. The band did not disappoint with 3 hit songs, “Sister”, “Happy Song” and “Wire” upon the release of their first record, Foma. “Sister” exploded and quickly became a phenomenon in the Midwest. With momentum on high, “Sister” secured the spotlight with a top five radio hit and crossed over into the Hot 100 pop billboard songs. The Nixon’s were unstoppable, touring worldwide and lighting up the stage over 3000 times in nearly a decade. Their rise to fame set them on the same stage with rock and roll icons such as The Melvins, KISS, Soul Asylum, Radiohead and The Toadies. Soon after, The Nixon’s released two more albums with MCA that delivered dedicated fans with rock radio hits, “Baton Rouge” and “The Fall.”

With fierce tenacity and an unrelenting drive the Nixon’s original line-up reunited in 2018 and played a series of sold out shows in the Midwest. Their newest song, “Crutch” was just released in April 2019 with full video production, sharp lyrics and the familiar crowd drawing intensity that The Nixon’s demonstrated since they first stormed into the music scene. Be prepared for The Nixon’s to kick the doors wide open!

Facebook
*Service and handling fees are added to the price of each ticket.
Buy Tickets